Support for the Report

"The report of the North Carolina Commission of Inquiry on Torture is a remarkable document. In meticulous detail and measured prose it lays bare the complicity of North Carolina companies and institutions in the regime of rendition and torture that followed the attacks of Sept. 11, 2001. I want to thank the Commission for shining the light of truth into this dark corner of our state's recent history. We must not let this happen again." 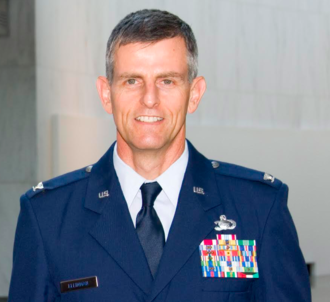 "This exceptionally well-researched report not only documents a critical link in the heinous program of torture conducted by the U.S. Government during the Global War on Terror, it also captures two fundamental truths of living in a republic. First, it sadly demonstrates how a small group of people operating in the shadows—and driven by profit—can materially contribute to the nation’s retreat from its longstanding place on the moral high ground (with a concomitant loss of respect and influence on the global stage). Second, it also reassuringly demonstrates how another small group of people working in the open—and driven by a principled commitment to promoting our most cherished values—can forcefully advocate for accountability from a government that continues to abdicate its responsibility to the rule of law and standards for human rights. To the noble souls who comprise the North Carolina Commission of Inquiry on Torture I say, 'Thank you for your service!'"

"It is a terrible stain on our nation that we employed abduction and torture in our response to 9/11 rather than showcasing our commitment to human rights and the rule of law. We are families of people who died in the September 11th attacks, and know our loved ones deserve that we stand by American laws and principles. Instead we acted with the same blind rage as was unleashed by the terrorists. By inviting torture into our actions we initiated a transition into that which we revile. By bringing these illegal acts to public attention, the North Carolina Commission on the Inquiry of Torture’s report on North Carolina’s Role in the CIA Rendition and Torture Program drives us to redress our failings and reset our direction. We are deeply grateful for the steadfastness of the Commissioners and the many citizens who stand by the honor of our country."

After 9/11, U.S. government officials secretly ordered war crimes, including torture, which were carried out by the Central Intelligence Agency (CIA). These crimes have since been defended and covered up by many in the U.S. government. Fortunately for our country, citizens of North Carolina have shone a light on the use of their land, their local airport, and local pilots to kidnap and transport Muslim men to CIA black sites, Guantánamo Bay Prison, and other sites for torture and indefinite detention. Years of hard work by North Carolina citizens and evidence gathered by the North Carolina Commission of Inquiry on Torture have culminated in a report containing detailed evidence, including the testimony of torture victims, that cannot be covered up to protect the guilty. It is now up to us, the American people, to read this important report, to share it with our representatives in Washington, DC, and to demand redress.

I am humbled by your commitment and perseverance. The report is a critical contribution to the search for accountability for CIA rendition, secret detention and torture.

When the U.S government betrays American values, what is the best response? It’s Americans standing up for those values. When that stops happening, the nation – or at least the moral, honest, humane nation we know – stops existing.

Fortunately for America, a persistent and uncompromising group in North Carolina has insisted that the government acknowledge its violation of American values and make amends regarding the use of rendition and torture after the Sept. 11, 2001 terrorist attacks.

That group refuses to forget what the Bush and Obama administrations hoped would disappear under claims of self-defense or a desire to move on. When the government wouldn’t take action to address its own offenses, these citizens formed their own 10-member investigative panel, the North Carolina Commission of Inquiry on Torture.

The commission is led by Frank Goldsmith, a former civil rights lawyer in the Asheville area and Robin Kirk, a Duke professor and co-chair of the Duke University Human Rights Center at the Franklin Humanities Institute. The effort was assisted by the North Carolina Council of Churches and the activist organization North Carolina Stop Torture Now. The commission has delivered an 82-page report: “Torture Flights: North Carolina’s role in the CIA rendition and torture program.” The report describes the kidnapping of suspected terrorists and their being delivered – via Aero Contractors Ltd., a private air carrier operating out of Johnston County Airport – to secret CIA “black sites” abroad, or into the custody of countries that torture suspects.

The report says of the renditions: “Aero transported at least 49 individuals, who were forcibly seized without any due process, in a manner that itself amounted to torture and cruel, inhuman or degrading treatment. Preparation for ‘rendition’ involved physical and sometimes sexual assault, drugging, and sensory deprivation. Rendition flights were experiences of prolonged pain, dread, and terror.”

Aero Contractors, based in Smithfield, could not be reached for comment.

TV and Hollywood depictions of U.S. intelligence efforts often cast the use of rendition and torture as necessary tactics against terrorists, or what former Vice President Dick Cheney described as working the “dark side.” The justification is that time is of the essence in preventing terror strikes and moral scruples are obstructions to the larger goal of saving lives.

But the record does not support this justification. What the record shows is that torture practiced or condoned elsewhere by the U.S. has yielded little useful information. What it has done is denied the U.S. the moral high ground in its fight against terrorists and exposed U.S. soldiers to the same brutal and dehumanizing techniques the U.S. has employed.

That is what makes this commission’s work – pursued against the resistance of the government and the general indifference of the media – so important. And it is also what makes the behavior of North Carolina Sen. Richard Burr – the Republican chairman of the Senate Intelligence Committee – so contrary to what best serves the nation. Burr has refused to release his committee’s full report of its investigation into CIA torture. The investigation was done under the committee’s former leader, Democratic Sen. Dianne Feinstein.

President Obama is also responsible for the lack of disclosure about U.S. torture. He should have ordered an investigation and hearings on what happened, but in 2009 he declined to take that step, saying, “We need to look forward as opposed to looking backwards.”

That failure has allowed actors in torture to escape punishment. Some have even flourished, most prominently Gina Haspel, who oversaw a black site in Thailand and now heads the CIA.

It’s somehow both inspiring and discouraging that private citizens had to take up this investigation. Now it’s time for public officials to act. That can start with an investigation by the Johnston County district attorney into whether Aero’s alleged activities violated state law. State Attorney General Josh Stein and Gov. Roy Cooper should explore the need for a state investigation. And, finally, Burr should stop withholding the full truth and — as the citizens’ commission has done — start casting a bright light on the nation’s descent into the dark side. Otherwise, this nation and its values remain at risk of going there again.

At its last meeting, our Team discussed your commission's report on North Carolina assets and properties used to transfer prisoners to torture sites. Our team resolved that we would like to thank you for your leadership on this important issue, and to congratulate all of your commission for this important and innovative project of holding systems that torture accountable. I hope that it can be a model of citizen activism in other states as well. To that end, our Team will consider how we might involve our local county's Interfaith Council to investigate whether like activities occurred in our region.

Your commission is an estimable model for citizen action, especially as national politics have become stymied on this issue.

Again, our thanks to the commissioners and to you for your leadership and for the report. 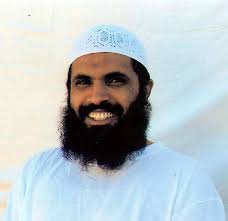 Esteemed Members of the Board,Respectful regards. I am writing this letter to express to you my deepest thanks and appreciation for the noble work you have been doing in holding accountable those who were involved in torture cases, for torture had a serious impact on me by virtue of the fact that I was among those who were, and are still being subject to this injustice. Your efforts are having a great effect on bringing me back the hope that there are still great and conscientious people out there who refuse this kind of disgraceful and humiliating action on human dignity … Torture is incompatible with human nature and is prohibited by both the laws of heaven and the just laws of earth. It is an indicator of the failure of those who practice it. Those who inflicted torture on me and on others have admitted that this practice was a failure. They realized that the information that they extracted from me under the pretext of obtaining information was false. Under pressure, tortured people have no choice but to say what the torturer wants them to say in order to put an end to the torture. You have been doing a great job and I hope that this will not be limited to the torture that was practiced in the past, but also to prevent it from happening in the present and the future, and to prevent it from happening not only with the participation of your State in particular, but other states and anywhere else. [Redacted]